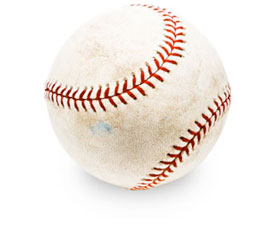 In early 2006, Verizon Communications was constructing an advanced, fiber-to-the-premises network dubbed “FiOS” in Montgomery County, Maryland, a Washington D.C. suburb. The network enabled extremely fast, capacious data transmissions, and gave customers the ability to purchase voice, Internet access, and video services. Verizon hoped to sell a lot of subscriptions to each of the services, including ‘triple play’ bundles, to finance the expensive enterprise.

Yet while the fiber optic network had been extended past 143,000 households as of April 2006, it had yet failed to enlist a single video customer: without a Montgomery County cable TV franchise, it was not permitted to offer such service. Ironically, the rationale for local government regulation of cable TV systems is that such operations impact local rights-of-way, giving communities the right to control disruptive impacts. As a telephone carrier, Verizon’s construction project was already regulated under terms of its state franchise, and the incidental impact of video service – an additional flow of bits through the glass – was nil.

Verizon asked Arlington Economics principal Thomas Hazlett to provide an economic analysis of the consumer benefits of a competitive cable TV franchise. Cable TV rates have been widely shown to decline when a second wireline rival enters a local market, making the calculation straightforward. The cross-subsidy arguments made by Montgomery County in justifying their franchising delay, as they attempted to bargain for terms and conditions barred under federal law, were also evaluated. It was easily shown that such additional extractions were a tax on competition, and were anti-consumer.

Professor Hazlett’s Declaration was filed with the federal court on June 28, 2006, with his Reply Declaration addressing the arguments made by the County’s experts submitted on August 3, 2006. A hearing on August 8, 2006 led the federal judge to find that “there is an overriding public interest in getting this resolved. The public is entitled to the benefits of competition and to Verizon’s service.” The court ordered the County to quickly offer a reasonable franchise to the plaintiff, appointing a magistrate to act as a mediatior in order to “rapidly resolve” the matter. In fact, it was — and Verizon now offers Montgomery County households both FiOS and the ‘triple play.’