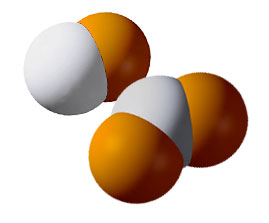 The Design, Testing and Implementation of Virginia’s NOx Allowance Auction

Among economists, at least, the use of tradable emission allowances under an aggregate emission cap is generally considered a mature policy technology. It has become the default policy option in controlling a variety of large scale air emissions, and is being increasingly considered for replacing inefficient source-specific regulation of water pollutants. The same policy technology is also being used in fisheries regulation and elsewhere. In a competitive emissions market with low transaction costs, the initial allocation of rights will not affect the final use of the allowances. However, how the rights are allocated can have significant economic consequences through its effect on entry and exit decisions and on marginal tax rates.

This case study concerns one of the first known cases where emission allowances were auctioned with the explicit intention of maximizing government revenues. On June 30th, 2004, the Commonwealth of Virginia’s Department of Environmental Quality (DEQ) sold 3,710 allowances for emission of nitrogen oxides (NOx) in fiscal years 2004 and 2005 using a sequential English clock auction. The auction raised over $10.5 million; 19% above its target revenue of $8.8 million. Before settling on an auction format, Virginia engaged the services of Arlington Economics principals David Porter and Vernon Smith to assist in the auction design process.

The DEQ wanted assistance in designing an auction to sell 1,855, or approximately 8%, of its NOx allowances for each of the years 2004 and 2005. The DEQ’s main goal for the auction was that it maximize revenue generated for the state. In addition, as a political consideration it was essential that the DEQ avoid negative political consequences from the auction. To this end, DEQ officials indicated that transparency of the auction mechanism was critical.

In general, there are two potential pricing formats available to the auction designer: discriminatory (or “pay-as-bid”) and uniform price rules. Auctions that use discriminatory pricing pose an ex-post problem to participants, particularly those who are bidding agents for firms. Specifically, nearly all participants who are included in the final allocation realize that they could have bid less and still obtained the same set of units. Furthermore, since discriminatory pricing encourages strategic bidding below value, there is often a set of bidders who could have made it into the final allocation by submitting a bid that more truthfully revealed their willingness to pay for the good, but failed to do so in their pursuit of extra profits. Thus, discriminatory auctions pose a sort of catch-22 to bidders: a bidder who wins has paid too much; a bidder who loses has bid too little.

Auctions that use a uniform pricing rule avoid this problem: all bidders pay one price, so no winning bidding agent appears to have secured a poorer contract for his principal than any other winning agent. Moreover, uniform pricing rules can encourage more revelation of bidders’ willingness to pay. However, uniform pricing creates a new problem on behalf of the government seller. The bidding information that is used to determine the price is available to the public, who may be disturbed by what they perceive as excessive surplus left in the bidders’ pockets. In the context of the Virginia NOx auction, the DEQ could potentially be second-guessed by the state legislature for not extracting “maximal” revenue from the buyers. Keeping the bidding information secret could resolve this problem, but because the auction was to be held on behalf of the state government, Virginia’s Freedom of Information Act required eventual full disclosure of all bids.

The two allowance vintages (2004 and 2005) were asymmetric substitutes and carried the risk of depreciation. These characteristics meant that the revenue maximizing allocation would likely require the use of flexible combinatorial bids and linear optimization techniques. However, any such auction would be unfamiliar to potential participants and could require extensive training sessions for which there was little or no time given the proximity of the deadline for executing the auction. Complicated bidding and allocation rules could also deter potential buyers from participating, which would reduce the auction’s ability to generate revenue. DEQ initially selected a combinatorial clock design, but the complexity of implementation proved prohibitive in the available timeframe, and ultimately a sequential clock was implemented instead.