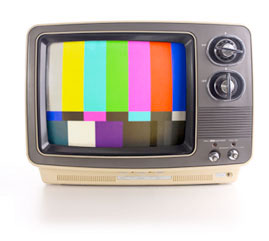 In April 2007, the Federal Communications Commission posted a study of vertical integration in the cable television industry that reported the results of an econometric analysis of the industry. The paper, authored by prominent University of Chicago economist Austan Goolsbee and funded by the Commission, produced evidence said to suggest that cable TV operators favored their own content services, loading program line-ups with their own program networks, even when that programming was not preferred by customers.

Comcast, the largest U.S. cable operator, asked Arlington Economics to review the FCC’s study and to offer an independent evaluation. Thomas Hazlett, the author of “Cable Television” Chapter in the Handbook of Telecommunications Economics (2006) and co-author of Public Policy Toward Cable Television (MIT Press, 1997), took the assignment. The FCC paper by Prof. Goolsbee is available here. Hazlett’s White Paper was filed at the FCC on Oct. 22, 2007, and is available here.

There was much that the paper found compelling in the FCC analysis. Data presented therein revealed that cable TV programming networks have been growing rapidly in recent years, with the total number of national satellite-distributed channels increasing by “359 in the ten years from 1996 to 2005,” with “independent networks [making] up 311 of that 359, vertically integrated networks only 48.” Such gains dramatically expanded viewer choice, a productive outcome driven by the aggressive expansion of channel capacity undertaken cable TV operators. Interestingly, these developments have been accompanied by a substantial decline in vertical integration – the ownership of program networks by cable TV system operators – in recent years.

The two econometric analyses undertaken in the FCC paper were more problematic. The first purported to show that cable TV networks owned by cable TV system operators were no more profitable, or efficient, than non-integrated networks. The statistical test was not well designed, however, and policy conclusions were warranted. For instance, in the FCC paper, the 1996 acquisition of Turner Broadcasting (owner of CNN, TBS, TNT and other channels) by Time Warner suggested that vertical integration had reduced efficiency, given that during the years following Turner’s acquisition its sales and profit growth lagged previous results. Yet, the merger was highly favorable to Ted Turner and the investors who launched Turner Broadcasting, who had encountered financial difficulties and – through Time Warner – were happy to avert a take-over by News Corp. Indeed, with Time Warner thwarting News Corp’s attempted takeover of Turner, it launched its own competitor to CNN, Fox News, sparking a highly-competitive rivalry in programming that has produced diverse offerings for viewers.

The second econometric study investigated whether cable TV systems favored their own networks when programming their local systems, and if so, if that level of favoritism declined as competition in the local market grew more intense. This test was designed to reveal the degree to which cable operators discriminated against competing network program owners. But it was fundamentally flawed, as shown in the Hazlett White Paper. The variable used to measure competitive intensity was satellite TV subscribership in the area – where more sat TV subscribers were found, the local cable operator was said to face more competition. Satellite TV systems offer uniform prices and services nationwide. Local variations in subscribership levels are not a function of more or less competitive offerings, but of differing levels of cable TV availability (where cable passes fewer homes, a substantially higher percentage of households subscribe to satellite).

Yet, even setting this consideration aside, the reported results in the FCC analysis were extremely revealing. In most cases, cable operators were found to discriminate against their own programming, an implausible result. While the FCC’s paper suggested that regulation might be appropriate to remedy a perceived problem of operator discrimination, it had misconstrued its own findings. The proper interpretation of the FCC’s analysis made clear that the paper had revealed there to be no problem to remedy.