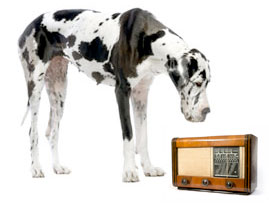 Client: XM and Sirius (via Latham & Watkins And Wiley, Rein)

When the XM-Sirius satellite radio merger was announced in early 2007, opponents of the combination launched a furious assault. Both the U.S. Department of Justice and the Federal Communications Commission were evaluating the merger application, and the agencies were petitioned by terrestrial broadcasters providing expert declarations alleging the transaction to constitute a “merger to monopoly.”

XM and Sirius came to Arlington Economics in April 2007. Professor Thomas Hazlett had already included the proposed merger as a lecture topic in his course on Telecommunications and Internet: Strategy & Policy. The fact that direct rivals of the satellite radio providers were attempting to prevent the acquisition was strong evidence that the merger was pro-competitive. XM and Sirius asked Hazlett to produce a White Paper analyzing the market definition and competitive analysis questions in much further detail.

The White Paper that resulted was released on June 14, 2007, and is posted here. The analysis presented a compelling, pro-competitive explanation for the transaction, noting the market dynamics that undercut the view that satellite radio services operate in an isolated, well-defined market. Abundant financial evidence demonstrated that terrestrial radio, iPods, Internet radio, and other emerging media – including cell-phone based music devices and HD broadcasting – were competing with subscription satellite services to form a much broader market.

When the Hazlett study was released, market analysts tied the event to a concomitant jump in XM and Sirius share prices. On June 15th, the WALL STREET JOURNAL reported:

Shares of XM Satellite Radio (XMSR) and Sirius Satellite Radio (SIRI) are on the rise today, apparently on renewed optimism that they may actually be able to complete their proposed merger.

Adding fuel to the fire is a report the two companies released yesterday from Thomas Hazlett, a former chief economist of the FCC, which concludes that “the merger offers the potential to yield substantial efficiencies, benefit consumers and enhance the dynamics of competition within the audio entertainment marketplace.” Hazlett, now a professor at George Mason University and a principle at Arlington Economics, prepared the report on behalf of the companies, which filed it as part of their merger application with the FCC.

Hazlett concludes that “the merger of XM and SIRIUS will predictably enhance consumer welfare.” He also takes a dig at the National Association of Broadcasters, the radio industry trade group, which has opposed the deal. He says that their “staunch opposition to the merger illustrates their similar expectation. The improved economic vitality of a combined satellite radio company would drive industry innovation, promote competition and enhance programming and pricing options for customers.”

Don’t lose track of the fact that Hazlett was paid to write the report; but he does make a convincing case. At least, he’s convinced investors. XM today is up 68 cents at $11.20; Sirisu is up 13 cents at $2.88.

The Hazlett White Paper was criticized by several expert declarations funded by terrestrial broadcasters. A follow-up study by Prof. Hazlett was then submitted to regulators in Nov. 2007 – Hazlett II, available here. The merger was eventually approved by the U.S. Department of Justice Antitrust Division in March 2008, and by the Federal Communications Commission in July 2008. A paper by Thomas Hazlett, Some Dynamics of High-Tech Merger Analysis in General and With Respect to XM-Sirius, is being published by the JOURNAL OF COMPETITION LAW & ECONOMICS, and is available here.