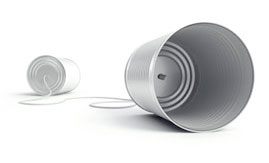 The Universal Service Fund is a $7 billion a year subsidy that goes mostly to rural telephone companies. Since the subsidy fund is supported by a tax on long-distance telephone calls, and is assessed at the rate of about 10%, it burdens many of the very people – low-income phone users –the program was ostensibly initiated to help. Low-income families, and particularly immigrant households, tend to spend a higher proportion of their total earnings on long-distance charges than others.

Due to structural changes in telecommunications markets, the long-distance tax is in flux. In particular, the entire notion of “long distance” is becoming obsolete. With mobile “buckets” of anywhere domestic minutes, or with Voice-over-Internet (VoIP) phone calls, “local” and “long distance” calls are essentially one and the same. Hence, federal regulators have moved to impose much higher taxes on wireless carriers and VoIP applications in recent years, on the rationale that they are now taking a good portion of “long distance” traffic and must pay to subsidize phone carriers in low-density (high-cost) rural areas.

One group concerned about the shifting tax burden is the Seniors Coalition, an advocacy group. The Coalition fears that higher taxes could be imposed in the form of a “telephone number fee,” where phone users would pay a fixed amount — $1 per month is the tax usually discussed – to have a phone number. That charge would be trivial to business users, but to retired workers on fixed incomes, who often use pre-paid wireless plans, e.g., at just $10 or $15 per month, the levy could represent a significant tax increase.

In 2006, the Seniors Coalition sought to bring greater transparency to the subsidy side. The USF was large and growing larger: since 1998, it had grown from $4 billion annually in expenditures to $7 billion. But benefits had not been obtained. The increasing outlays did not extend the telephone network, but rewarded high-cost carriers which were encouraged – by virtue of the “cost-plus” subsidies doled out to companies – to be extremely inefficient. Yet, because the payments to rural carriers were doled out in complex ways under multiple payment schemes, it was not clear to the public what was actually happening. Indeed, neither citizens nor journalists nor scholars had a database to reference that would simply detail how much individual telephone companies were receiving in federal payments.

In Thomas W. Hazlett’s paper, The Universal Service Fund: What Does $7 Billion Buy? (June 2006), commissioned by the Seniors Coalition and available here, the flow of payments was – for the first time – made plainly transparent. Incredibly, many carriers were shown to receive more than $1,000 per year per line in federal USF payments. One carrier, in Hawaii, received more than $13,000 per year per line. Given that satellite telephone service can be provided annually for less this sum – which means that rural customers could be given free service (even with USF payments to the carrier, customers have to pay hundreds of dollars annually for service) – the subsidy levels were shown to be outrageously wasteful by any relevant standard.

The study received widespread coverage in the press. Jon Van of the Chicago Tribune wrote a particularly influential report that was carried in many newspapers:

Rural phone-service subsidies are so bloated and inefficient that providing wireless or even satellite phones is cheaper, an economic analysis prepared for a senior citizen advocacy group suggested Wednesday.

Taxes to support the universal service fund, which is intended to pay for higher costs of serving rural areas, are growing so fast as to force some low-income citizens to drop current phone service, said Thomas Hazlett, a George Mason University economist who prepared the analysis for the Seniors Coalition.

“It’s perverse when shifting tax money around for the universal service fund results in more people leaving the network than joining it,” said Hazlett.

Totaling more than $7 billion a year, universal service outlays have nearly tripled in the past decade. The fund is now financed by a tax of more than 10 percent on long-distance phone service, but the Federal Communications Commission is looking for new revenue sources.